Superyachts on steroids: Sales of ‘floating palaces’ DOUBLE to £2.4 billion a year… and here are the top 15 at the crest of the wave

If you’re only a millionaire, don’t bother getting your wallet out.

Figures have just been released which show that sales of superyachts have more than doubled in five years – up from 194 in 2010 to 412 at the end of last year.

Just as those numbers have been rocketing, so the potential pool of buyers has been on the increase. Figures from Forbes show the number of US dollar billionaires in the world has also grown by more than 100 per cent – from 793 in 2009, to 1,645 in 2014.

Depressingly for the rest of us even more superyachts are in the pipeline, including the Triple Deuce, which will reportedly be the first with a billion pound price tag.

At that price it will be the most expensive private yacht ever built, costing more than the annual GDP of Western Sahara, the British Virgin Islands, and Micronesia.

It will reportedly be 222 metres long, which is more than 40 meters longer than the world’s current biggest superyacht, Azzam.

It makes some of the floating palaces on the list of the world’s top 15 private yachts compiled by Boatshop24.com seem like veritable bargains.

But then you still have to consider the ‘small’ matter of the running costs.

Rob Anderson, director of Boatshop24.com, explained: ‘As well as forking out hundreds of millions of dollars to buy a superyacht in the first place, don’t forget that the annual running costs of a boat this size are phenomenal – well over $20 to $25 million a year – and hundreds of people are employed to maintain and run them.

‘Only the top 0.01% of humans have that kind of wealth, so it’s fascinating to get a glimpse of who they are and what they do.’

Though Benjamin Maltby, an English barrister and Director of consultants Matrix Lloyd, points out that some of the lower end superyachts do repay their owners to an extent through being chartered.

But unless it is roughly three times the length of a London bus you aren’t on one.

‘Superyachts are yachts longer than 24 metres,’ Mr Maltby said. ‘Above this size certain rules and regulations apply, crew must be employed, and the whole adventure becomes much more exclusive.

‘The good news is that charter income can contribute significantly towards running costs. They can take years to build, but buying an existing vessel gives immediate use, and a subsequent refit can soon provide individuality and a box-fresh feel.’

Using figures on superyacht sales from Boat International Market Intelligence and the 2014 Credit Suisse Global Wealth Databook they also revealed that no British billionaire has made it into the most exclusive of private clubs.

In fact a breakdown of the world’s top 15 superyacht owners shows that seven are from the Middle East, four from Eastern Europe, and three from the United States – with American entertainment mogul David Geffen owning two of the top 15.

The UK can only lay secondary bragging rights thanks to two of those owners living here and having interests in some of our biggest football clubs – Chelsea’s owner Roman Abramovich, and Arsenal shareholder Alisher Usmanov.

Most are constructed in Germany, with boat building giants Lurssen and Blohm and Voss dominating the market.

British design teams are, however, responsible for many of the interiors and exteriors. Terence Disdale Design, of Richmond, South West London, is responsible for the interior of Abromovich’s giant Eclipse, and also music mogul David Geffen’s Pelorus. Terence has no formal training in the field yet is one of the world’s most sought after yacht designers.

Tim Heywood, who was part of the famously coined ‘Chelsea University,’ otherwise known as the studio of the late Jon Bannenburg, along with Terence, designed the exterior of Pelorus, and also that of Alisher Usmanov’s Dilbar, and finally the Al Mirqab, owned by the former Prime Minister of Qatar.

The 15 most expensive superyachts currently on the seas 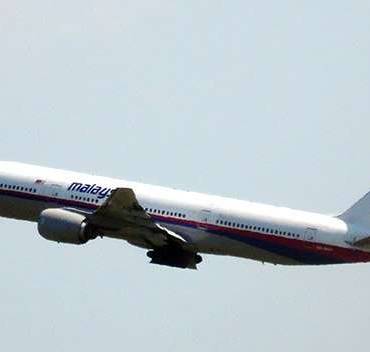